Finding the Edge of the Creative Cliff

Pushing the audience to, but not over, their emotional edge to create powerful ad copy.

As part of its pro bono effort, Nielsen Consumer Neuroscience collaborated with DKMS in Germany on one of its new campaigns. DKMS, a blood cancer charity, wanted to encourage the general public to register and become potential donors. The challenge: how to convey the severity of blood cancer in a way that engages the viewer and drives action? 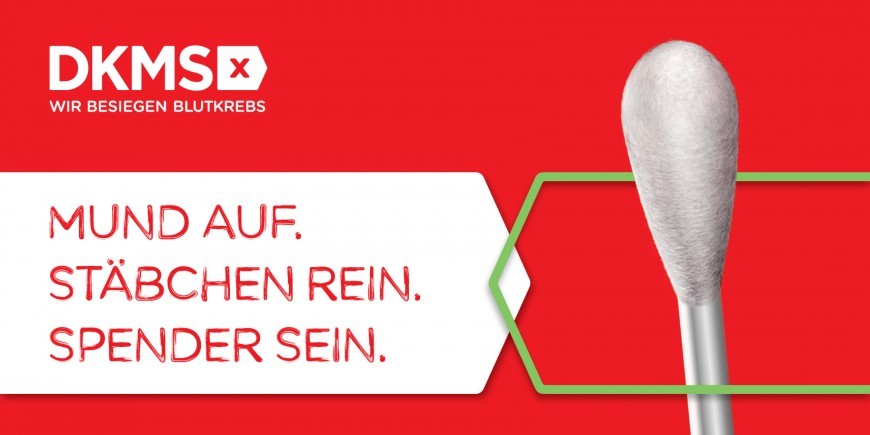 KMS created a 30 second ad (”Ice World”) in which a couple relax in bed together before the man is ripped into a bleak, cold and unforgiving ice world. He is confused, scared and alone. He collapses and dies in the ice. Suddenly, he awakes back in bed, relieved it was all a dream. The ad ends with a call to action (“Open Mouth. Swab in. Be a Donor.”) and DKMS branding.

When the ad was analyzed (using EEG technology), it was found to perform very poorly compared with other ads on the database; scoring in the bottom quintile for emotion and well below average on all other measures. Should this be expected for an ad focusing on blood cancer? Is a poor emotional reaction inevitable?

Well, in order for a public service announcement (or any ad) to be successful, it must create empathy – a strong emotional connection with the creative regardless of what negative issues it depicts (blood cancer, dirty laundry or frizzy hair). And when measuring emotion at a subconscious level, EEG is not measuring positive versus negative emotions. Instead, EEG measures emotional motivation: whether the audience is emotionally engaged or disengaged. Creating emotional engagement is essential for driving future behavior. Strong Action Intent (a derived metric strongly correlated with sales lift and other behaviors) is driven by strong, synchronous activity between Emotional Motivation and Memory. These two brain systems must work together in order to aff ect future behavior. So, ”Ice World” scoring at the bottom of the database was a big problem for DKMS. What had gone wrong? Why wasn’t the audience empathizing with the storyline?

One of the advantages of using EEG for ad analysis is that the data is collected on a second-by-second basis. This enables granular analysis of the ad across scenes, characters or other aspects. Here the ad was broken down into scenes to help diagnose the problem. Four scenes were identifi ed; a) Couple in the bedroom, b) Man in Ice World, c) Return to the bedroom, and d) End branding. It was clear the ad was not immediately engaging and the transition into ”Ice World” was further disengaging the audience. The end of the ad was actually relatively strong, but was facing an uphill battle following a poor start. 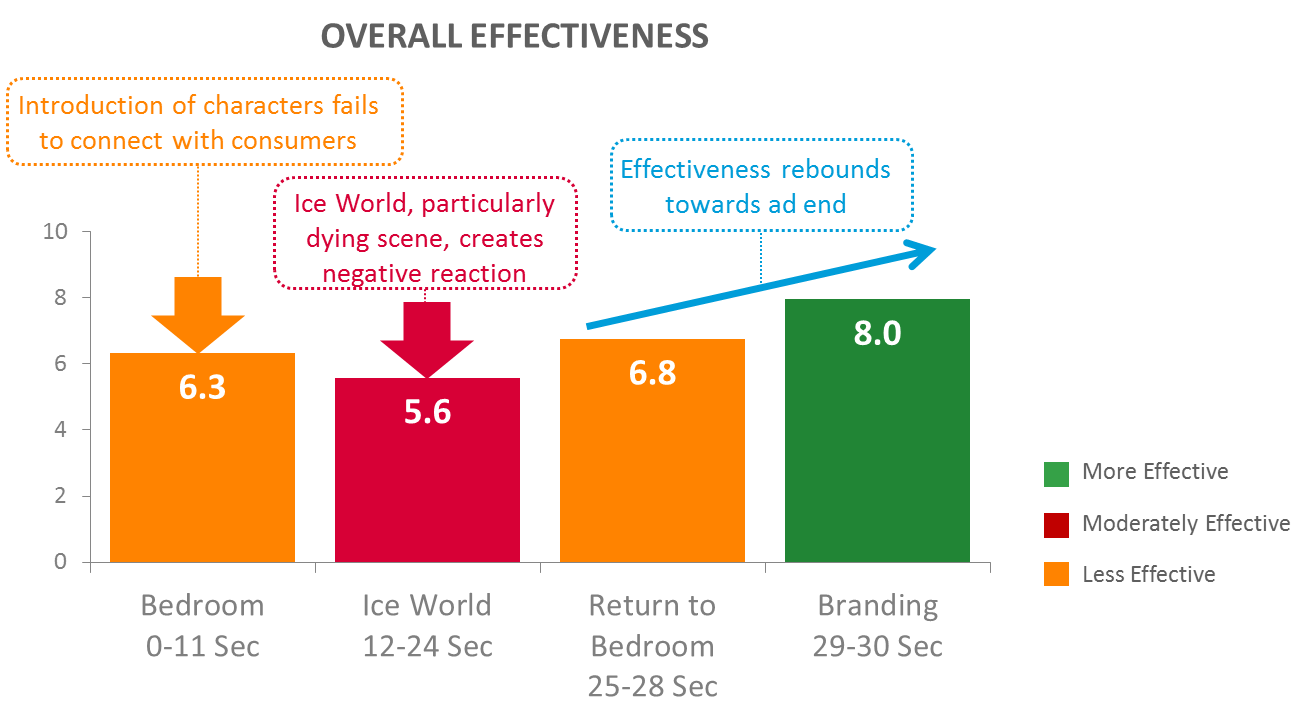 Diving deeper into these scenes revealed opportunities for how the ad could be edited to improve audience engagement. First, how could DKMS more successfully connect with the  audience in those initial moments? Here are some shots from that first ”couple in the bedroom” scene.

You’ll notice it’s difficult to see the couple’s faces. The scene is comprised of many close-up, low-level shots of the couple to imply intimacy. However, the brain struggles to process these types of images. Neuroscience has shown that the brain prioritizes the processing of complete faces and does this with ease. However, partial body shots and obscure angles are more cognitively challenging for the brain and automatically lowers emotional engagement due to the higher processing required. The recommendation to DKMS? At the beginning of an ad where connecting with the characters is essential, show them in a clear and easy to process way. This will improve engagement and help get the ad off to a better start.

Following the ”Couple in the bedroom” scene, the man is ripped away and stranded in ”Ice World”. Here is an emotional trace from that scene. For the fi rst two seconds the audience adjusts to the scene and then emotion builds. As the man staggers lost through the snow, the audience is highly engaged, empathizing with the character’s struggle. Then, at second 20 there is strong disengagement: the audience has been lost, and this impacts the rest of the scene.

What happened? In second 20, the man falls to the ground and in second 22 appears to die. This is a step too far for the audience and they have disengaged from the overly-negative imagery. The recommendation to DKMS? Continue to dramatize the man’s plight by using ”Ice World” as a metaphor, but stop short of showing our hero actually die. The audience has the capacity to empathize but going too far will create disengagement.

Following the analysis, detailed recommendations were provided to DKMS. They were advised how their existing footage could be edited to create an ad which maintained the concept, but optimized the execution to create a stronger impact with the audience. In addition, it was recommended that a 20-second version of the ad which incorporated these optimizations could result in a strong execution with less media spend. DKMS accepted the challenge and created a 20-second ad incorporating the Nielsen’s recommendations.

We re-tested. Here is the result: the ad, which had previously scored in the bottom quintile for emotion, was now top of the database! Other key measures also dramatically improved. DKMS had succeeded in creating an emotionally engaging ad about an extremely negative issue.

All scenes improved as a result and emotional engagement in the introduction scene was now outstanding. The ”Ice World” scene also signifi cantly improved, the audience’s engagement no longer dying like the character onscreen. And the benefi ts carried right through to the call to action, which also signifi cantly improved. Lastly, but most importantly, DKMS also improved Action Intent, the likelihood that a person will act as a result of what they have seen, from below average to above average. All of this was achieved in 20 seconds of ad time versus their original 30 seconds.